Born in Sydenham, South-East London, Sven Berlin was a prominent, yet often controversial, figure in the world of 20th C British art. Among his forbears, as he would .note, was the Swedish explorer, Sven Hedin. Sven Berlin’s education and career path was as unorthodox as the man himself. Forced by financial circumstances to leave school at the age of twelve, he began adult life as an adagio dancer, an art form now more or less extinct, as are the Music Halls where they mainly performed. In this metier, he partnered Helga, an experienced dancer and dance teacher who became his first wife. He maintained that the physical skills thus developed, as well as the opportunity to study the human form in motion and at rest, were to stand him in good stead throughout his life. Click here for full overview...

Using modern technology, we will be making available dozens of images of Sven Berlin's writings, poetry and pictures, most of them previously unpublished.

Early in World War II, Sven believed it wrong to become a combatant, and accordingly registered as a conscientious objector. Confronted with the emerging horrors of war, he changed his views and enlisted in the army. After the war, his experiences and emotions, expressed both in prose and poetry, were distilled into his book "I am Lazarus". 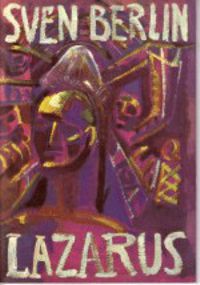 To be Published Shortly...

Shortly before his death, his close friend Malcolm Mackintosh arranged for a limited edition of the poems to be reprinted. Only twenty copies were created. This will be digitally recreated, with its moving dedication to Sven's beloved Julie:

For Julie
"I am Lazarus" is the hinge to my life: since then everything I do has been posthumous, with one part of me a ghost.
Sven Berlin

Illustrated is the front cover, and as our work proceeds, we shall be displaying additional material on this website. 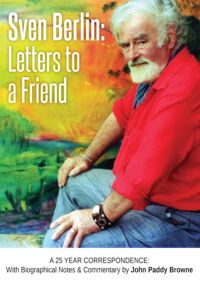 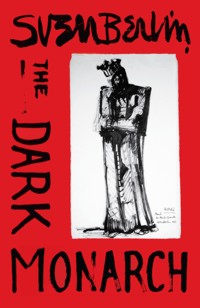 THE DARK MONARCH, NOW RE-PUBLISHED, 50 YEARS AFTER IT WAS BANNED! 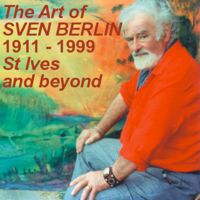 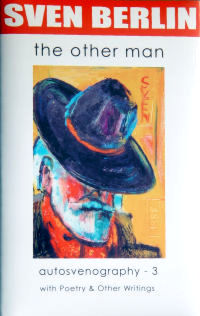 "The Other Man" - Volume 3 of Sven Berlin's "Autosvenography" + Collected Poetry 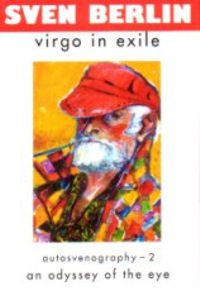 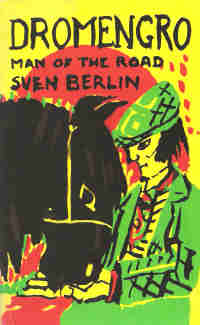 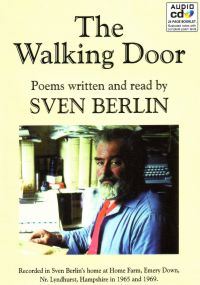 A 25 year correspondence from the painter, sculptor, author and poet, Sven Berlin, to his young friend John Paddy Browne, records the triumphs and failures, frustrations, joys and pleasures of a creative, struggling to produce his art and writings, while keeping food on the table and a roof over his and his young wife's head.

The letters also contain numerous references to the great and good of the Art world, not all favorable! With an introductory biographical chapter by JPB and copious footnotes and additional material, this is undoubtedly the closest thing to an actual biography. With B/W archival photos and colour plates of the artist's works.

In the autumn of 1962, The Dark Monarch by Sven Berlin, was published and, after a few weeks and a flurry of libel actions, withdrawn. Since that time, a few of the surviving copies have appeared on the market, where they commanded a considerable price.

The work was a roman a clef, a thinly-disguised and irreverent portrait of St Ives and the artists and others, many now world-famous names, who lived and worked there. Barbara Hepworth, Ben Nicholson, Bernard Leach, Peter Lanyon, Patrick Heron, are but some of those described.. Their daily doings and foibles are all revealed, as are those of lesser characters, such as Guido Morris, the craft printer and various poets. Of these, it was Arthur Caddick who was to be Sven Berlin's nemesis, and he it was who led the four libel litigants. The work could be said to portray “St Ives Art Colony with the lid off!”

With the last of the litigants having passed away, the author's widow has authorised re-publication. The original text and the numerous line drawings by the author, are unchanged. The new edition now includes a Foreword by Chris Stephens of the Tate Gallery, an acknowledged expert on the St Ives School.

NOW RE-PUBLISHED, 50 YEARS AFTER IT WAS BANNED!

Also included, are illustrations of the “key”, in the author's hand, written in 1981 but never published, where the true identity of the characters is disclosed for the first time. Eight colour plates show examples of the author's sculpture and painting, a photo of the “Tower” which is central to the narrative and the author's hand-written preparatory notes. Also included is a detailed account of the events surrounding publication and withdrawal of the book, with a glossary explaining some of the names and terms used in the text.

As nothing else, the book provides a no-hold-barred insight into the frenzied creativity of St Ives in its hey-day, the petty jealousies and eccentricities. Poverty too, is manifest here, and kindness, cheek-by-jowl with petty bureaucracy, romance and tragedy and frequent recourse to the local hostelries.

Not for nothing did the Tate St Ives adopt the title of this book for a recent exhibition, acknowledging its significance, The jacket design incorporates an immensely powerful and previously unknown image of the Dark Monarch by the author, with sandalled feet and bowed head.

A pictorial overview of the artist's work from some of his very earliest works, through his St Ives period and then on to his time in and around the New Forest. Portraits (including self-portraits), fish, birds, townscapes and the countryside he so loved, all are represented here, as are examples of his sculpture and what is believed to be a complete collection of his book-covers.

The images are arranged in nine "Galleries" each containing some 22 images. Each image can be viewed at three different magnifications from thumbnail to full-screen. The images can be browsed at will, or viewed as an automated slide-show with user-set display time for each image.

Each image is annotated with details of size, medium used, date and subject matter (where known) The CD-ROM comes in a jewel case with 4 page booklet and is designed to run on all PC's.

The Other Man is the third and final volume of Sven Berlin's autobiography, or as he idiosyncratically described it, his "Autosvenography". Yet in its content and character, it is very different from the first two volumes. Much less a diary, much more a reflection and introspection, these are the thoughts of an artist on the creative process, the sources of inspiration and, in part, on the relationship between our society and "Art". Here we learn how this most widely-read man was inspired by the paintings, drawings and writings of the past, from the unknown cave-painters of Lascaux to the great Japanese calligrapher artists of more recent times.

Sven Berlin has, in this final work, captured the turbulent thoughts of a man nearing the end of his days. We see satisfaction and pride at a lifetime packed with artistic achievement. We see regret at the retreat of physical powers in this most virile of men. We see anger at the false values all too often evident in the world of the Arts and those who sponsor them.

We learn how intimately the artist lived with, and knew the ways of the animals, fish and insects of the English countryside, which he then captured in his drawings. Sven Berlin knew the great composer, Ralph Vaughan Williams and sketched his portrait. In a way, this book is analogous to that composer's wonderful (and final) Ninth Symphony, an essay in retrospection. As such, like the music, this book is deeply moving.

Also included is a short essay "Notes on Drawing for Young People" and a selection of poems. Sven Berlin's poetry has, until recently, been almost completely inaccessible and this extensive collection sounds a new voice in contemporary English poetry.

This remarkable work is available in a full critical edition with, 12 colour plates and many b/w photographs and illustrations including previously unpublished drawings and notes, a chronology of the artist's life, and a hitherto unpublished key to the pseudonyms used in the controversial and subsequently withdrawn novel Dark Monarch.

In this fiercely poetic and haunting book, Berlin tells of his quest for the Gypsy people. From the beech glades of the New Forest to the salt flats of the Camargue, his passionate journey took him to strange places and led him into strange companionship. With his close friend Augustus John, he sought the reality behind the legend and found that reality and legend were one.

A limited edition reprint to mark the exhibition of Sven Berlin's works at the St Barbe Museum & Art Gallery.

In 1965 and 1969, Sven Berlin invited a few close friends to Home Farm, in the New Forest where he lived and worked at the time. In this intimate, firelight ambience, two Poetry Readings took place. One of Sven’s closest friends, John Paddy Browne had the presence of mind to tape record these. These recordings, now professionally digitally re-mastered, form the basis of this CD. It features Sven Berlin reading forty-four of his poems. Also included is a booklet with the full text of the poems and biographical notes. Total play time: 62 minutes.

The CD with its booklet is the first-ever extensive publication of Sven Berlin’s poems and for those already familiar with his paintings and sculpture, provides a unique opportunity to explore another dimension of this most creative of men, reading his own poetry.

Following the very successful exhibition in 2003, at the St Barbe Gallery, of Sven Berlin's Shave Green work (paintings and drawings set in the New Forest, Hampshire, 1953 to 1970), a limited number of exhibition catalogues remain, and can be obtained from the Bookshop at the Gallery. 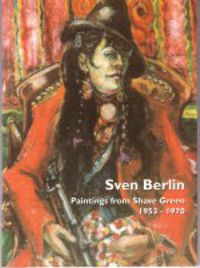 48 pages long, and printed on high-quality paper, the catalogue includes 20 illustrations, almost all in full colour, plus the cover illustration. The catalogue has notes on the 43 paintings and drawings, plus three sculptures, which formed the exhibition.

These are prefaced by biographical essays and other contributions by John Boorman, Steve Marshall, Juanita Casey (Berlin's second wife), Hyman Segal (a prominent artist from St Ives) and Len Smith, a leading figure in the Romany community. The cost is £5.00 plus £1.25 p&p from the St Barbe Gallery Bookshop.

The Coat of Many Colours

"The Coat of Many Colours" is the first of Sven Berlin's two autobiographies, or "autosvenographies" as he named them. He takes the reader from his youth, growing up in outer London, on the borders of Kent, through a time of considerable penury when he worked on the land, briefly describing his war experiences. 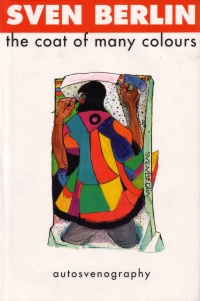 The main part of the book describes the heady times in post-war St Ives, scene of feverish artistic activity. Berlin describes painters, poets and sculptors at work, at play - and sometimes at each other's throats! The book covers the period to 1953, where Berlin resolves to leave St Ives, and does so, in a horse-drawn caravan. This is the point where the second autobiographical volume "Virgo in Exile" then begins.

Copies will be available from us shortly.